The championship game was an intense, back and forth battle. The Edmonton Inferno (3-1) set the early tone in the first quarter and the Breakers (4-1) responded in the second frame to emerge with a 28-26 lead at halftime. The momentum continued to alternate sides as the teams were deadlocked at 44 apiece after three quarters. B.C. ultimately pulled away in the final quarter as the Breakers attack came alive to overwhelm the Edmonton defense with clutch shooting down the stretch. The Breakers outscored the Inferno 30-13 in the final frame to seal the victory.

“We played well today and that kept the game close,” said Breakers player and tournament most valuable player Janet McLachlan, of Vancouver, B.C. “We started getting a few buckets to fall in the fourth quarter that we hadn’t had earlier in the game and that helped us pull away a little bit in the end. It was a good game and they’re a great team and it was nice to win.”

McLachlan was an offensive catalyst once again for the Breakers with a team-leading 33 points. Kylee Evjen, of Stony Plain, Alta., led all Inferno players with 21 points.

The victory marks the third national championship title for the Breakers.

Quebec captured the bronze medal with a 65-45 victory over the Calgary Rollers. Quebec (3-1) came out of the gate firing on all cylinders and went on an 8-0 run en route to a 22-6 lead after the opening quarter. The team from la belle province never looked back.

National team player Cindy Ouellet, of Quebec City, Que., scored a game-high 32 points for Quebec. Kendra Ohama, of Calgary, Alta., was the top point producer for the Rollers (2-3) with 14 points.

Ontario (1-3) and Saskatchewan (0-4) finished in fifth and sixth place, respectively.

We would like to thank Ron and his team for providing best basketball balls for our tournament and wish these folks the best in their business. The help Ron and his folks provided was not only material but also a true inspiration and we look forward to cooperate again.

Tickets are $50 and include dinner, entertainment and the chance to meet and mingle with some of the finest wheelchair basketball players in the country. 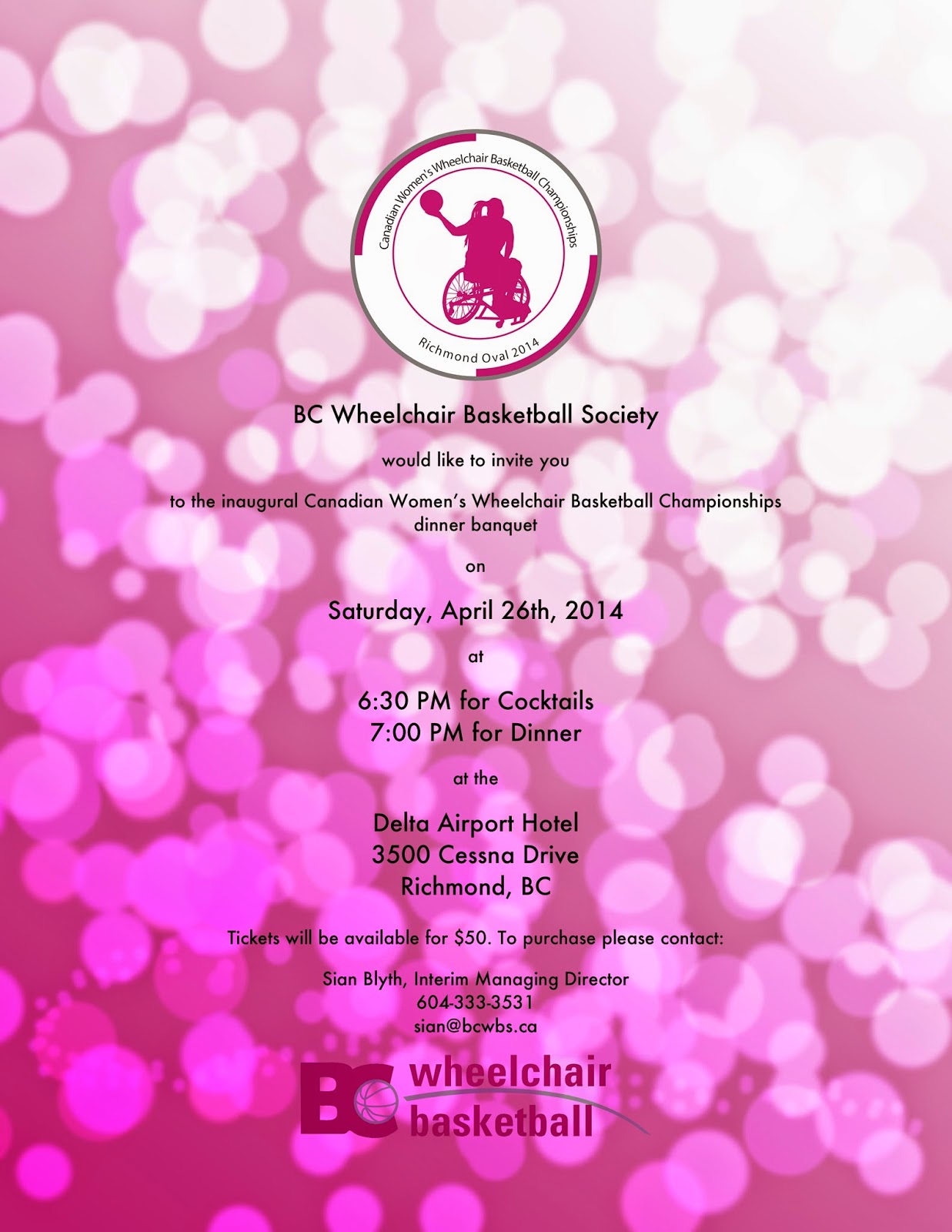 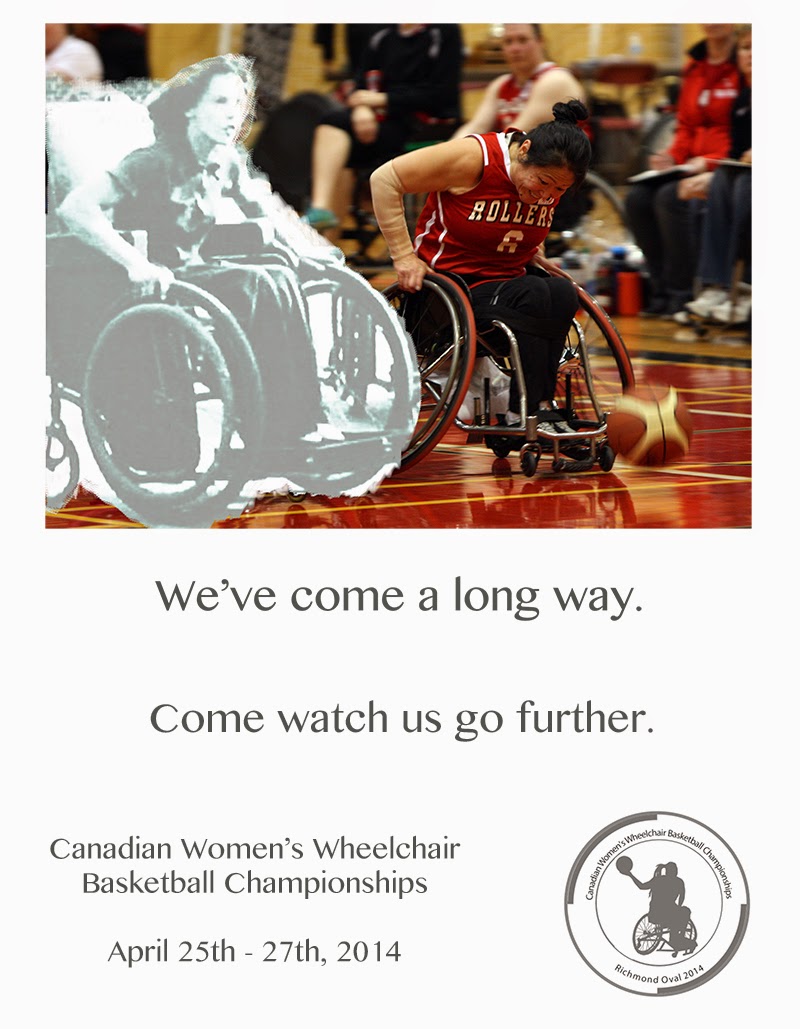 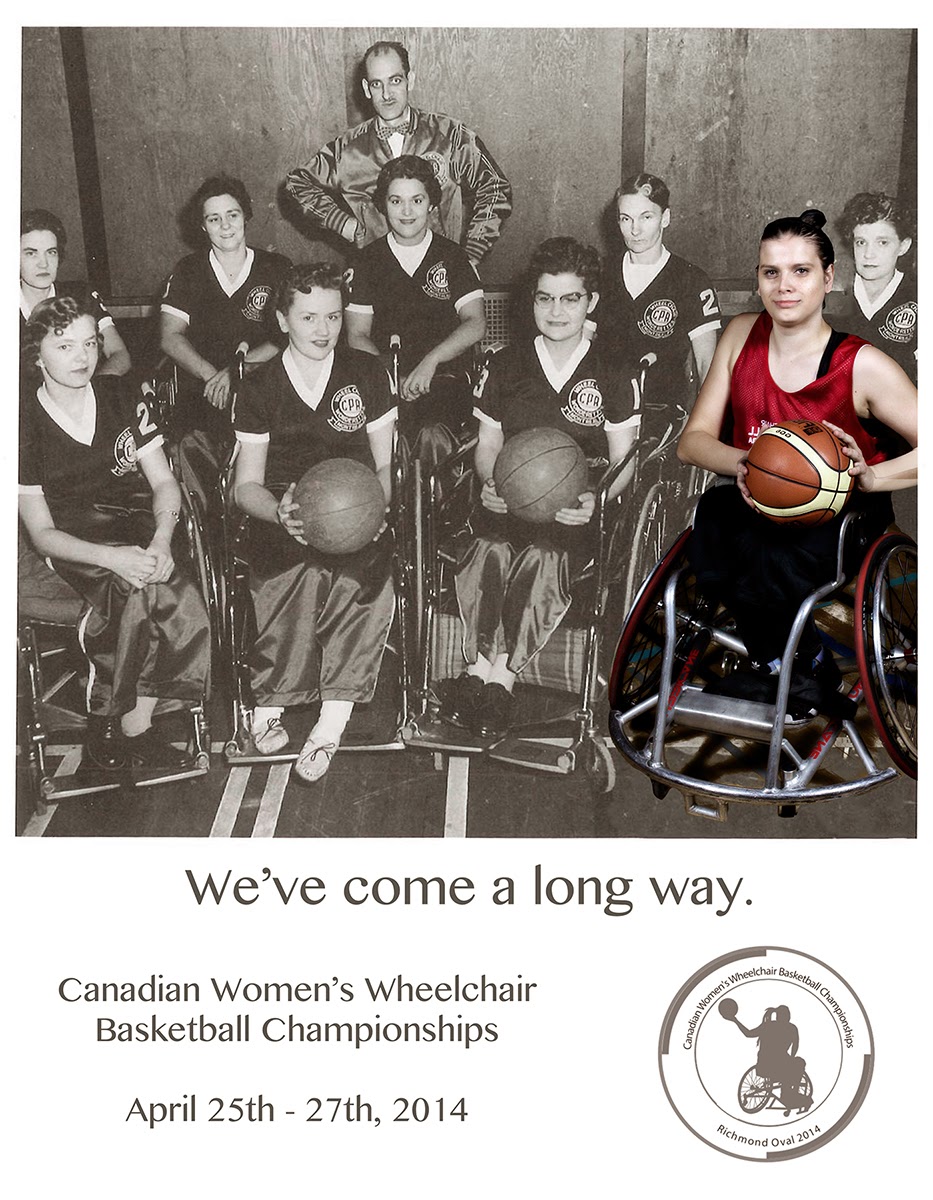 We’re proud to be hosting the 2014 Canadian Women’s Wheelchair Basketball Championships, so we’re taking a look back over the weeks leading up to the event by showing just how far we’ve come. We invite you to share the image with your family and friends by clicking here. 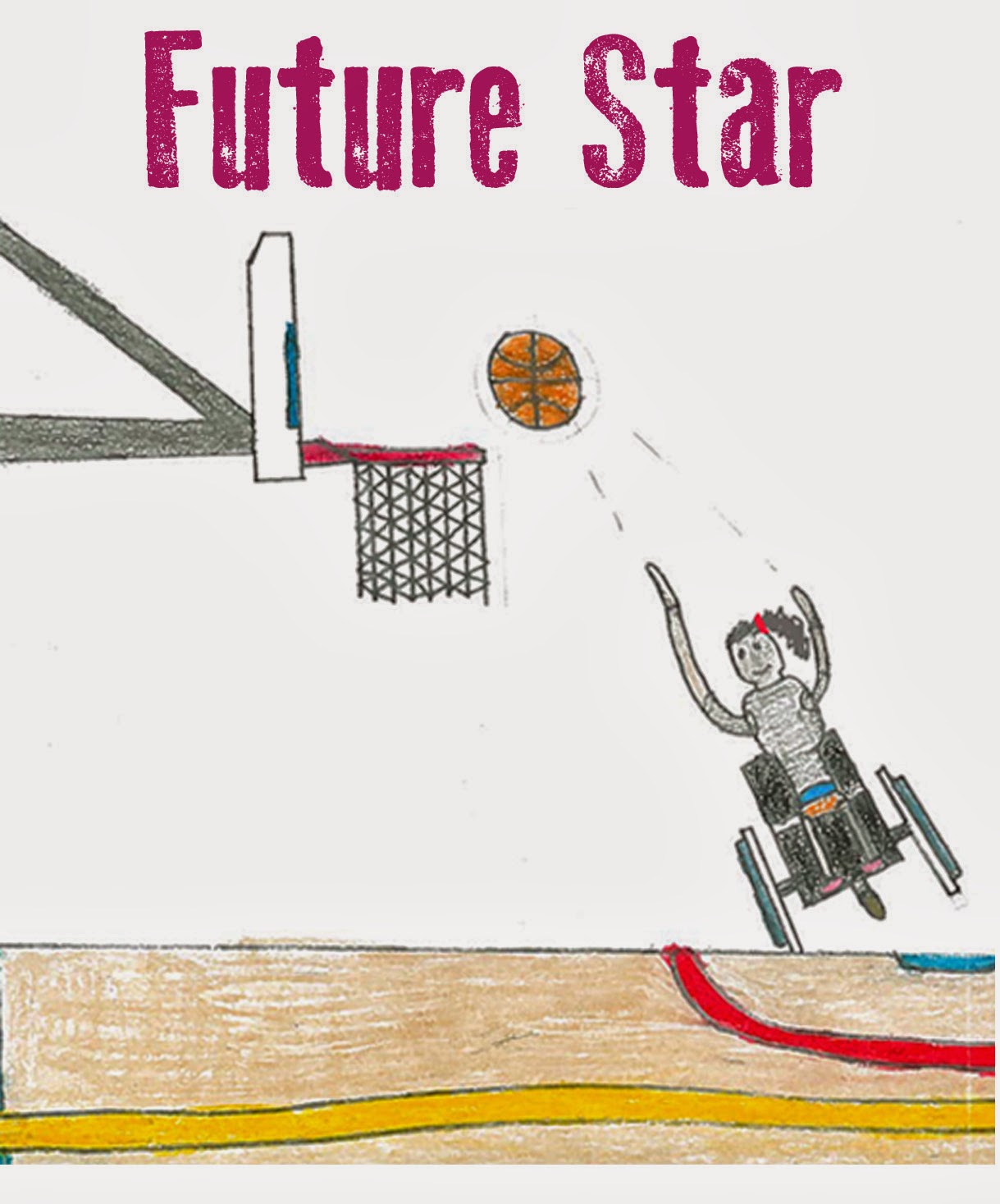 Future Stars do not have to be current wheelchair basketball players. Four lucky winners will be selected to attend the 2014 Canadian Women’s Wheelchair Basketball Championships to meet members of the national team and be recognized during a half-time or pre-game ceremony. They’ll also win a prize package with great gifts from our sponsors. (Please note that while we may be able to provide a small travel subsidy, we are not responsible for airfare, food, gas etc.)

Email arley@bcwheelchairsports.com and tell us why your nominee has what it takes to be a Future Star by April 9th. Please include: 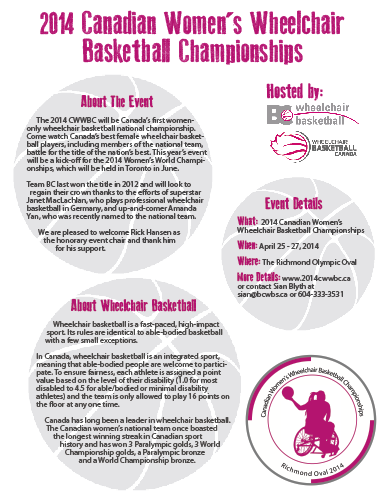 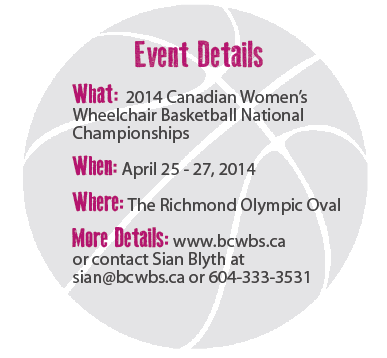 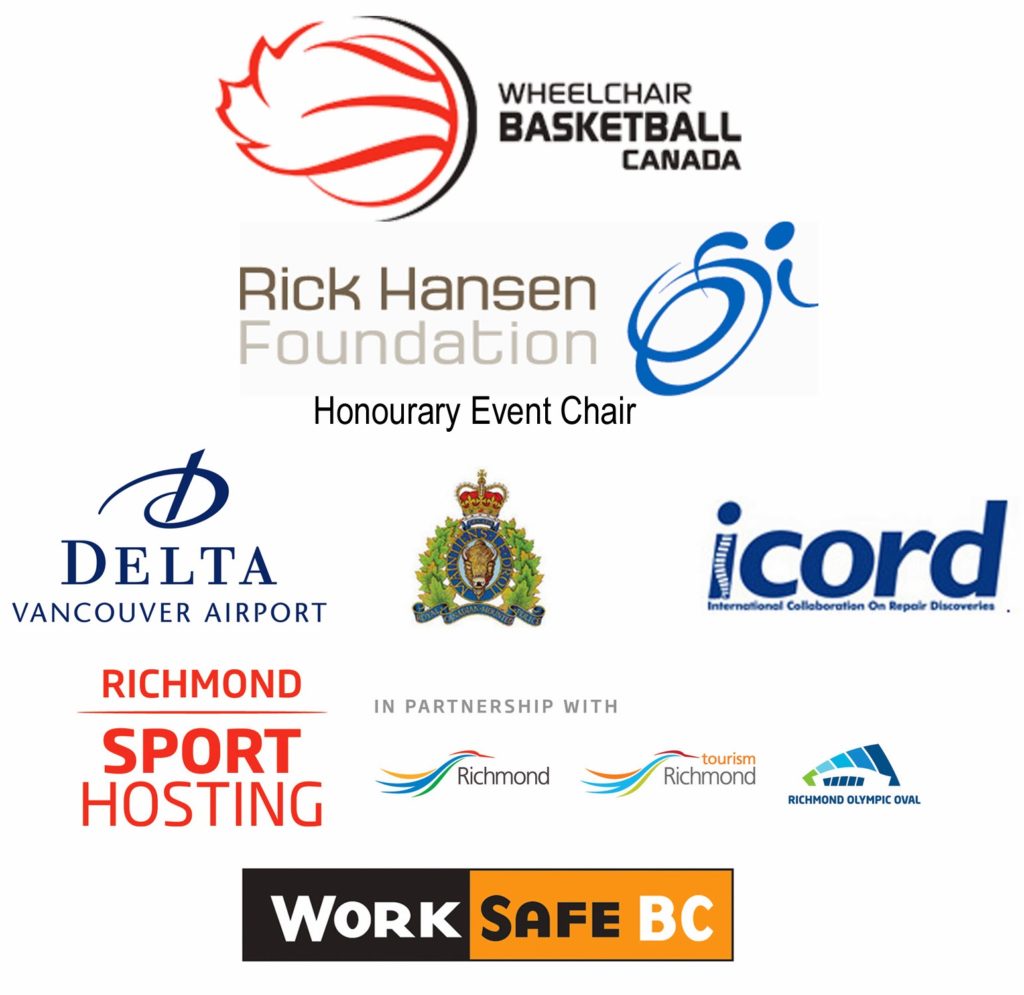